Junior track star Mary Cain has decided not to enrol and compete at College level but to instead turn professional straight after completing High School. 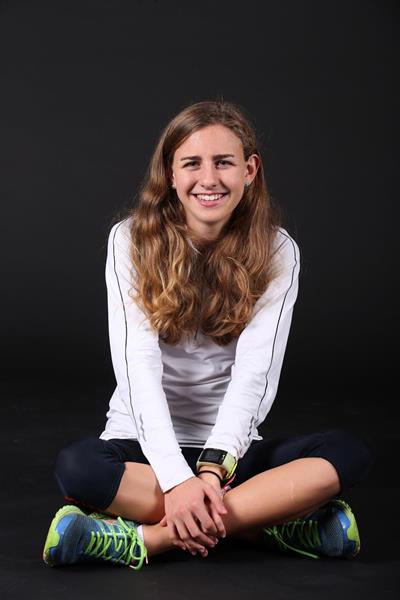 The teenage middle-distance talent, who enjoyed a decorated 2013, achieving record after record from the 800m to the 5000m, is choosing to forgo collegiate eligibility in order to compete at a higher level and potentially train with Alberto Salazar’s highly-esteemed Nike Oregon Project.

Cain, who was last year the youngest American in history to represent the US at a World Championships, isn’t completely calling time on her education, and is pursuing college study independent from running – meaning she will not compete for whichever institution she attends.

This is according to her agent, Ricky Simms, who has also announced that Cain will team up with track-centric athletic agency PACE Sports Management, who are also responsible for representing the sport’s global stars such as Usain Bolt and Mo Farah, as well as aligning themselves with Salazar’s Oregon Project.

The bold decision was of course not an easy one for the 17-year old, who will certainly have looked back at how much she achieved in 2013 to inform her decision.

Speaking to the IAAF in November, Cain reflects on weighing her options between competing in the National Collegiate Athletic Association (NCAA) and turning pro.

“It was definitely a hard decision to turn professional,” she said.

“Over the summer I didn’t really think too much about it because at the time I was focused on running.

“But come the fall when my friends were freaking out about college, I was only looking at a few schools and narrowed it down to the University of Oregon.

“I was looking at both options and both were great, but I wanted to continue what I’ve been doing and I felt that the next step was to go pro.”

The Bronxville High School senior graduates later this year, and she has had the support of both parents in making the decision to head to the west coast to Oregon.

“Mary is a straight A student and will be pursuing a college education while competing. This remains a priority and we think this approach is the best way to balance her educational and athletic goals,” said her father, Charles, in a press release from her agent.

The move is generally an unconventional one by Cain to skip college-level sport. The traditional progression, in the US in particular, is to step up to the NCAA once graduating from High School – then making the leap to professional level. College sport is a massive scouting opportunity for clubs in a handful of different sports, from baseball, basketball, and prominently, American football; and many athletes benefit from this stage in their careers and progress to the professional level as a result.

But at the same time, Cain has not exactly set a precedent. It’s not a taboo which the New Yorker has set and sent shocks around the world about.

There are athletes that have sidestepped the college scene and moved straight to professional level – some, rather decent athletes too!

Allyson Felix. Usain Bolt. Mo Farah. None enrolled at a university and instead have stridden straight to the highest level after school. And they turned out to have pretty decent athletic careers, no?

So for the sceptics who argue she won’t have as much fun, or missing out on training with peers, a decision like this isn’t exactly something athletes flip a coin over.

Cain has clearly thought this one through with the support of her family and her coach, and when you’re an athlete who was the youngest to ever reach a 1500m final at a World Championships and have broken more than half a dozen indoor and outdoor track records, it’s also one which probably makes sense in most people’s minds and helps her reach her full potential.

It’ll be interesting to see how the decision impacts her performances in the next few years.