In the second episode of our Vinco Videocast Series, we welcomed on 2X Olympian Jack Green who discussed the mental health struggles that came into his life as an athlete and how he is now using his experience post-athlete life to help and stop other athletes from going down the same route.

Watch the full interview below: 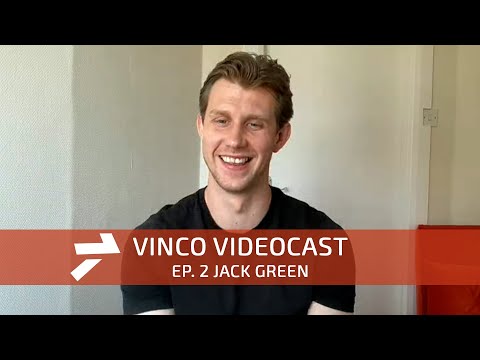 Jack Green had the success early on in his career that most young athletes can only dream about and by twenty years of age, he was the European Under 23 champion, had competed at both the World Championships and an Olympic Games and was ranked 11th in the world in the 400m hurdles. What people don’t necessarily see is the pressure that comes with the athlete life and because of his early success Green had put a huge amount of pressure on himself to be the next ‘big thing’.

“It’s all or nothing in track and field as many people know and that’s a hard life to live when you’re doing it everyday and I was unable to take away the identity of an athlete outside of athletics… it wasn’t something that I was able to sustain and although I’m very fortunate to have been successful at a young age but I wish I’d learnt a little more before that success came.”

Jack further touched on the importance that a coach’s role is within an athletes life and that the duties go well beyond just simply giving the session out.

“Coaching is a really hard job you wear many hats and you are a friends, almost a parent you’re doing every single piece of somebody’s lifestyle as an athlete”

Green went on to speak about the denial he forced himself to believe when his mental health struggles were coming to light during his career because of the stigma surrounding it.

“It took me a long time to come to terms with it, I didn’t believe in mental health because I was male, a sportsperson and deemed to be successful, all the things that sound really good to everyone.”

Green finalised this chat with his advice on how young athletes should approach and measure themselves in the sport of athletics when as they move through the ranks.

“You are not your results, life is not all about that, it’s not about winning or losing, it’s about the effort, so measuring yourself on effort every single day. Give 100% of what you have on that day, even if it is only 60% of your best.”